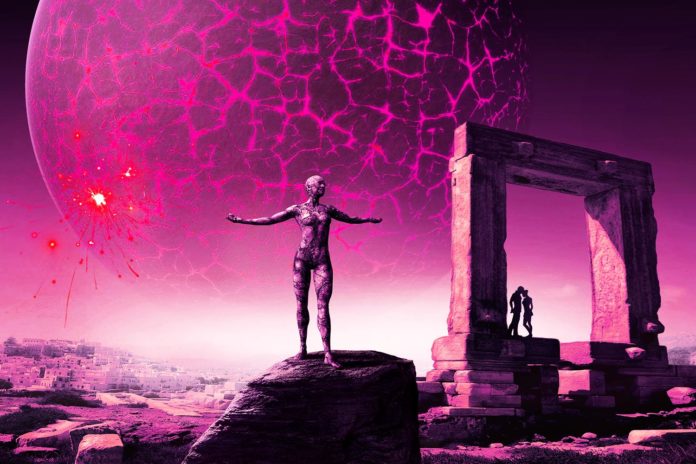 The age-old question of whether we are alone in the universe has tormented mankind probably even before we first recognized stars as distant suns. This question has provoked theories and explanations on the existence of aliens that are as numerous as they are different. From movies to books, the idea of aliens features heavily throughout our recent history. However, many people dismiss the idea that aliens could exist despite the substantial evidence that has since come up. And what about Planet X?

This planet, also called Nibiru, has become a very controversial topic these days. Planet X is a large planet (much bigger than our earth) believed to eventually bring an end to the world as we know it. According to the Nibiru Cataclysm doomsday scenario, Planet X will either collide with Earth directly or pass very close to our planet. Both scenarios result in horrific destruction. Incidentally, this event will happen in the early 21st century. Nancy Lieder first put forward this idea in 1995, and it has since intermittently gained traction through the years.

People have been quick to write off both Planet X and aliens as ludicrous conspiracy theories, but is that really the case? The truth is, there are various facts that could prove the existence of both. Here are seven of them.

Informative Facts That Prove the Existence of Planet X and Aliens: Scientists discovered a new planet

Mankind has recently made a major breakthrough in discovering extraterrestrial lifeforms. After searching for so long, scientists have discovered a planet that could easily sustain life. The exoplanet is around 11 light-years from Earth and orbits around a small star named Ross 128. According to the researchers who made the discovery, this new world (named Ross 128 b) is only about 1.35 times larger than Earth. A planet of this size is just the kind that would have a hard surface where life can develop.

Ross 128 b is about twenty times closer to its star than Earth is to the sun. This gives it an incredibly short period of revolution of only 9.9 days. You would expect that such close proximity to its star would make the planet extremely hot to support life, but that’s not the case. Its star, Ross 128, is a red dwarf star. The star is therefore small enough and cool enough that such a close planet only has average temperatures of 73ºF (23ºC).

That’s not all; Ross 128 is not volatile like other red dwarfs that send out periodic flares. These flares make temperatures sky-rocket and are harmful to life. Although scientists haven’t confirmed if Ross 128 b harbors life, it has enormous potential, and yet it’s only as far away as 11 light-years. Who’s to say that in the innumerable light-years that span the galaxy and universe, aliens don’t exist?

Informative Facts That Prove the Existence of Planet X and Aliens: Vanga predicted that aliens would arrive

Baba Vanga was a blind Bulgarian mystic, clairvoyant, and healer who had the ability to make accurate prophecies. Millions of people around the world heeded her words even after her death in 1996, and for good reason. Many of her prophecies became a reality with startling regularity.

A notable prediction happened in 1980 when she warned that “At the turn of the century, in August of 1999 or 2000, Kursk will be covered in water and the whole world will be weeping over it.” On August 12, 2000, the Russian nuclear submarine called Kursk sank in the Barents Sea, killing all aboard. Several other prophecies were also accurate, including the 9/11 terrorist attack, the break-up of the Soviet Union, the Chernobyl disaster, and global warming. Case in point, her followers credited her with an impressive 85% accuracy in her predictions.

What does this have to do with aliens? Well, Vanga’s predictions for Earth stretched as far as 3797, when the earth will become inhospitable. Advanced technology will allow a select few to run away from our solar system and survive. In 2130, aliens will arrive on Earth and even help humans to survive underwater. Taking into account that most of her prophecies came true, this may mean that aliens are real

If you need any more proof of the existence of Planet X, then look no further than NASA. They have finally admitted that there is a huge planet lurking in the outskirts of the solar system. Last year, a team of astronomers from Caltech discovered a planet about four times bigger than Earth that takes around 20,000 years to orbit the sun. They named it Planet 9.

This conclusion has come in the wake of strange phenomena occurring on the outskirts of our solar system. These include events like tugging of planetary orbits due to Nibiru’s gravitational pull. This pull is actually strong enough to cause a subtle tilt of the entire solar system, which is how NASA discovered Planet X in the first place. This planet is certainly massive enough to cause apocalyptic damage just by passing relatively close to Earth.

Informative Facts That Prove the Existence of Planet X and Aliens: The Pope believes it exists

It will come as no surprise that the Pope is well aware of Planet X. The only reason he’s keeping silent is to avoid the chaos and confusion that will accompany full disclosure. Furthermore, the existence of Planet X (which may even house alien life) is contrary to religious teachings, so it’s in his best interest to keep it hidden.

The Kolbrin, a parallel Bible found in the monastery of Glastonbury in Scotland, makes reference to a vicious planet called “The Destroyer.” According to this Bible, “The Destroyer” will cause an apocalypse, and the Pope certainly believes it. Also, there’s the third secret of Fatima, which the Pope has been hesitant to reveal. His reluctance suggests that this secret is about the end of times and the destruction of faith, which clearly point to Planet X.

Informative Facts That Prove the Existence of Planet X and Aliens: Mysteries of the Denver Airport

The Denver Airport is the largest airport in the USA, and it has been a popular target for a lot of controversies. Many people believe the airport houses a government-mandated bunker in preparation for an apocalyptic event like the Planet X Cataclysm. But why do such theories even exist in the first place?

We’ll have to go back to 1995 when it was first opened. Construction of the airport had fallen 16 months behind schedule. The final cost for its construction was a mind-boggling $4.8 billion. This is a lot of money; $2 billion over the set budget. So, why was the project so far behind schedule? What happened to the money?

According to the airport, it was because of the new automated baggage system. However, there are some holes in this narrative. The system itself was a failure since it mangled and randomly dumped luggage. Furthermore, a former airport construction worker said that there were five multi-story buildings beneath the airport with an extensive network of tunnels. That’s certainly suspicious. If underground bunkers are really being built, then what are the people in charge afraid of? Is it the same Planet X that NASA discovered?

Russian president Vladimir Putin obviously knows about Planet X. According to someonesbones.com, Putin said in an interview last year that he would reveal the truth about Planet X.

In the interview, it also came to light that Putin and Trump had a prior agreement about Planet X. Putin had promised to remain silent, but only if Trump became the president and exposed Planet X’s cover-up. However, there was a problem as the US presidential elections went on. Trump’s low polls worried Putin, forcing him to say he would reveal the truth if Trump didn’t win. Although he later didn’t reveal any information for obvious reasons, this clearly shows he knows about Planet X.

Informative Facts That Prove the Existence of Planet X and Aliens: Armageddon theory

Christian numerologist David Meade believes that a verse in the Bible points to the world ending on September 23 after a collision with Planet X. According to Luke 21:25-26, there’s a code which matches the Great American Solar Eclipse, when Hurricane Harvey hit and Texas flooded. The verse reads, “There will be signs in the sun, moon, and stars.”

“On the earth, nations will be in anguish and perplexity at the roaring and tossing of the sea.”

“People will faint from terror, apprehensive of what is coming on the world, for the heavenly bodies will be shaken.”

This code in the Bible, along with a “date marker” from the pyramids of Giza, marked the date of September 23. The clues that Meade discovered heavily point to Armageddon coming due to collision with Planet X.